Printmaker and collage artist Emily Cucalon took up the challenge of showing Florence growing back, piece by piece, for our September cover.

After a sold-out August, Florence greets the end of the summer with a flurry of hotel openings destined to turn heads through daring design and playful concepts. There’s never been a better time to book with the completion of massive hospitality projects such as 25hours Hotel Piazza San Paolino, Il Tornabuoni Hotel and the delightful Dimora Palanca (see page 23), where a portion of this issue was edited at the leather-topped desk in an immaculate room with a view of Giotto’s bell tower across the terracotta tiles.

September 14 marks the 700th anniversary of Dante Alighieri’s death in Ravenna. Such is the Supreme Poet’s patrimony that the anniversary has been commemorated over the last few months with institutional websites like www.danteotosco700.it and www.viedidante.it offering details about events and places to visit. Turn to pages 14 and 15 to explore Dante’s time in the Casentino and Terre di Pisa areas of Tuscany and browse page 16 for some original celebrations being held this month in Florence. At The Florentine, we’re delighted to be joining forces with Milan-based theatre producer Julia Holden and UK playwright Justin Butcher, who are curating a 24-hour marathon reading of the entirety of the Divine Comedy. Held on September 13 and 14 at Florence’s Cinema La Compagnia, Speaking Dante will take place with a live audience and in live streaming, with contributions by the likes of Ralph Fiennes, Helen Mirren, Rupert Everett, Ian McDiarmid and John Nettles. It’s a fitting tribute to the Florentine poet’s astonishing legacy and the enduring power of the Divine Comedy.

Quality mixology returns as Florence Cocktail Week resumes a weeklong smorgasbord of shaking from September 20 to 26. A mainstay on the city’s social scene, Paola Mencarelli organized the first showcase focused on fine drinks in 2016. Since then, FCW has gone from strength to strength, and now from region to region as the showcase ventures to Venice later in the year (December 13-19). We bring you three signature cocktails from Florence’s top bartenders on pages 18 and 19, plus our very own The Florentine Cocktail concocted by Harry’s Bar The Garden – Sina Villa Medici (page 20). Pea flower, Buddha’s hand from Elba and rose petals are infused in Chianti-distilled gin to create a trademark Florentine tipple—it’s on the drinks menu now. Go try it! 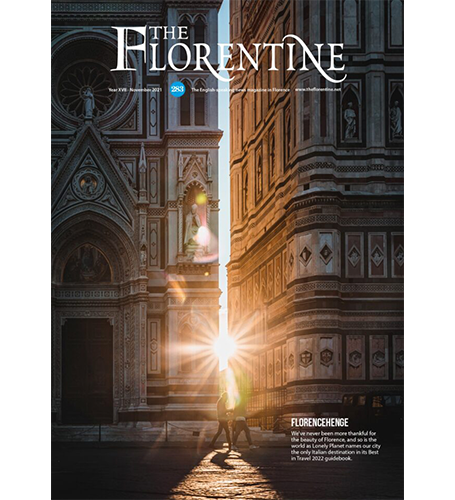 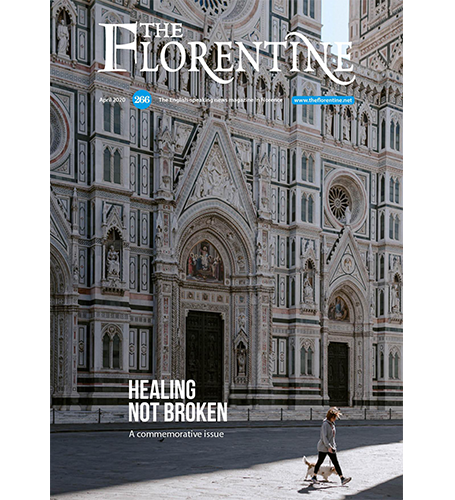 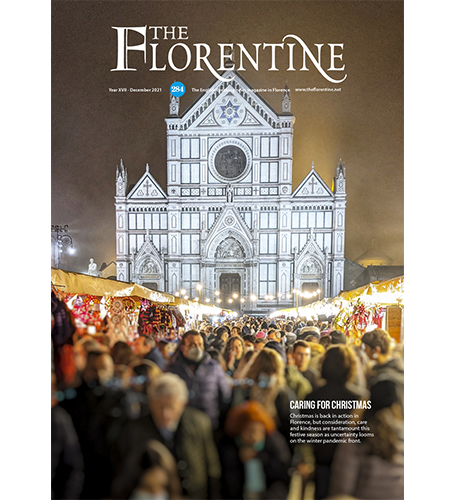 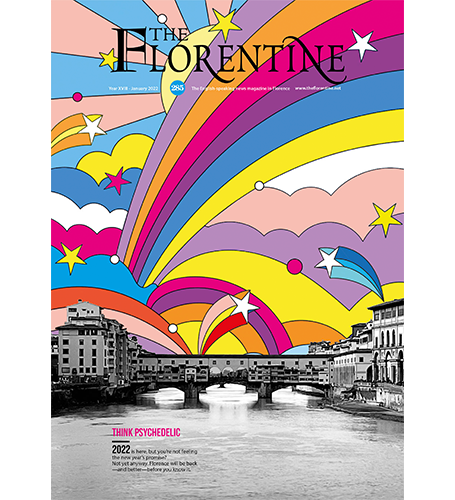