Best events in Florence this month

February sees plenty of programming in cinemas and theatres for cozy evenings in spectacular surroundings with a race for charity, a new exhibition at the Galleria dell’Accademia di Firenze and Carnevale completing the month. 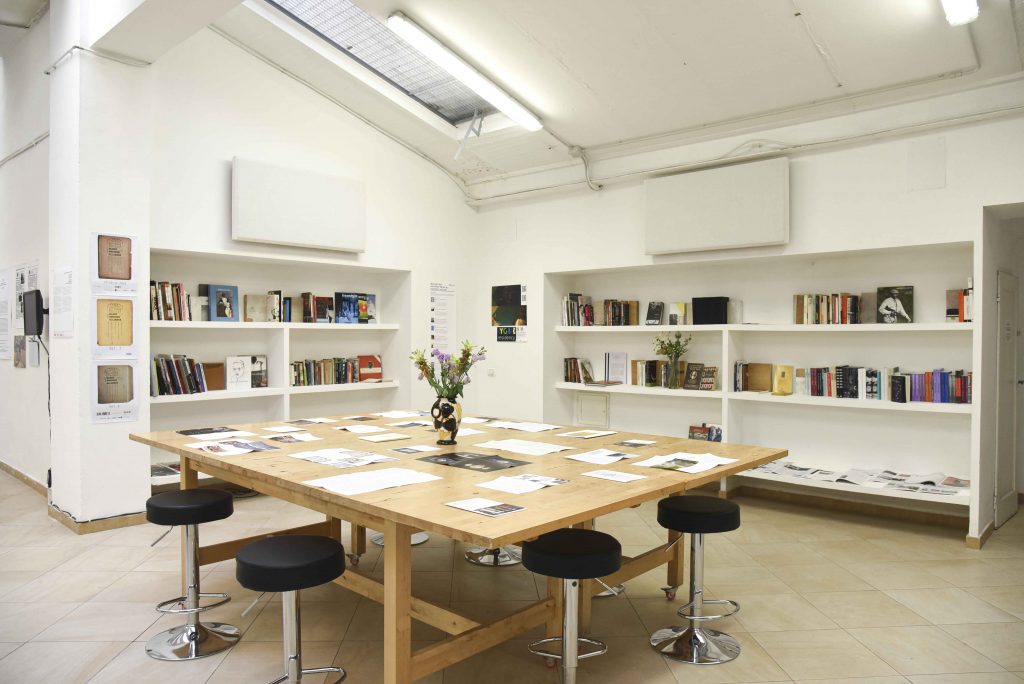 The BHMF cultural association marks the month dedicated to Black culture with a new cycle of research at The Recovery Plan cultural centre at the Santa Reparata International School of Art. Circling around Città Foresta, a solo exhibition dedicated to the research project by the Milan-based artist, Délio Jasse, the work is developed ahead of the artist’s forthcoming residency at Civitella Ranieri, in Umbria, and consists of an introspective meditation on Italian colonial history examined through documents and photographs typically found within personal homes. The research is furthered by Antonella Bundu’s reflection, titled Jacovacci, in collaboration with the Murate Art District, examining archival photographs and materials relating to Leone Jacovacci and his boxing match against Mario Bosisio in the Stadio PNF at the height of Fascism. 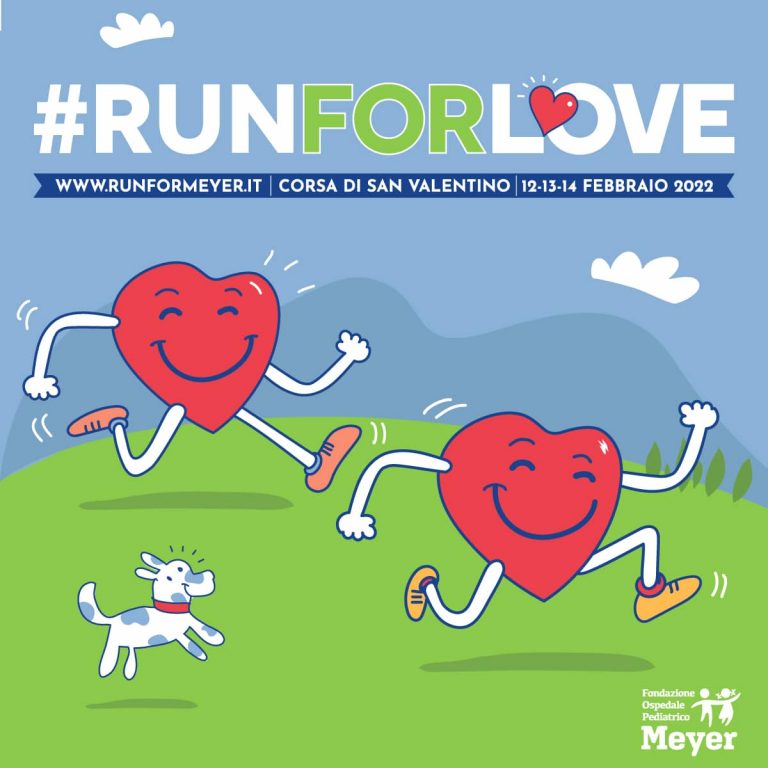 Get set go for a good cause
RUNFORLOVE

Whenever, wherever and with whoever you want, race a total of 9km with your chosen partner, undertaking 4.5km in the name of the children of the Meyer Pediatric Hospital. Registration requests a minimum donation of 18 euro (9 euro per person) with all funds going to support the play therapy project. An additional donation of 5 euro will also get you the Run for Meyer 2022 t-shirt to get set go in style. Prizes are also up for grabs! 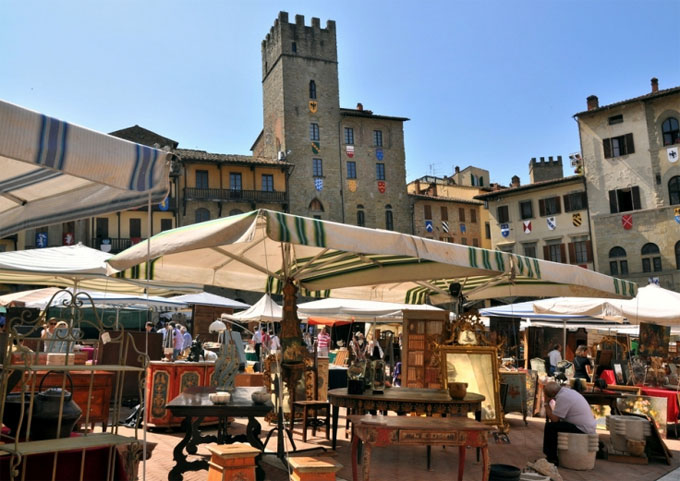 Find all kinds of everything at the popular antiques market-exhibition that takes over piazzas in Arezzo. From centuries-old items to lamps of a different era, rummage through the stalls for something truly unique. 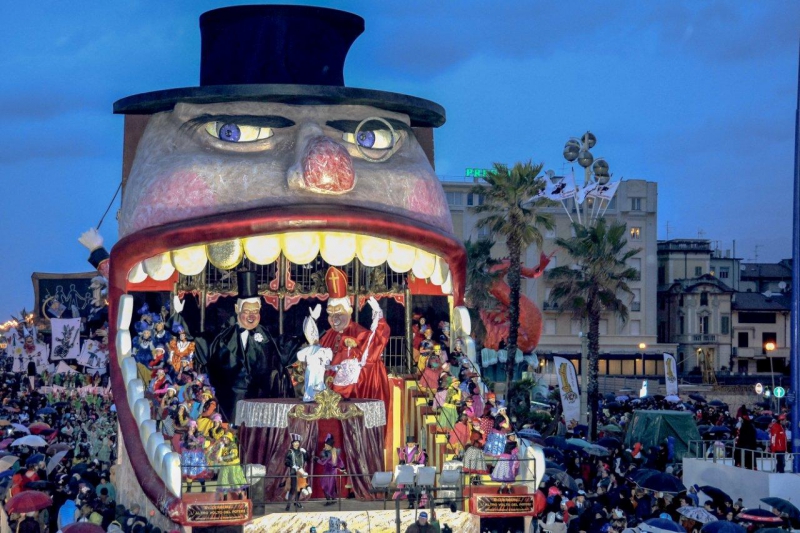 While it’s still uncertain what guise Carnevale (Italy’s version of Mardi Gras) will take this year, Viareggio is always worth investigating for its awe-inspiring floats and fun that fills the streets. Events are planned for February 12, 20, 24 and 27, with info available here. 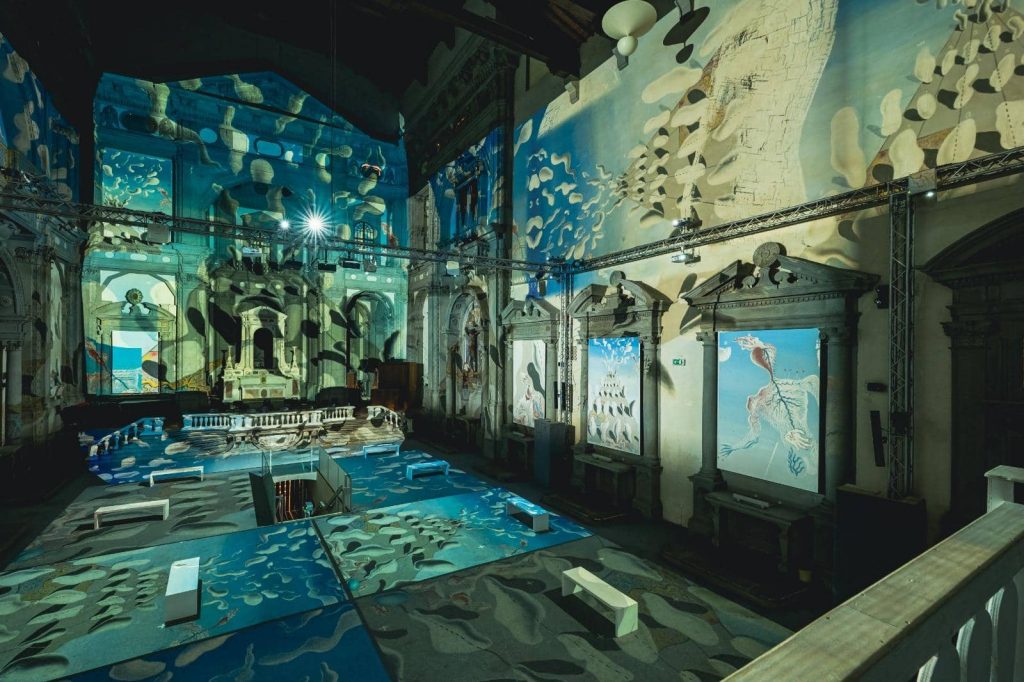 On display in Florence

Inside Dalí continues at Cattedrale dell’Immagine (piazza di Santo Stefano) until February 23 for your last chance to immerse yourself in the Surreal exhibition. Galleria Il Ponte (via di Mezzo 42) shows works by Raffaele Luongo, while Frittelli Arte Contemporanea (via Val di Marina 15) exhibits Paolo Masi. Centro Pecci (viale della Repubblica 277, Prato) shows Radical Space until April 30, looking at radical architecture and contemporary art and its relationship with the city. Galileo Chini at Villa Bardini features a guided tour on February 20 to admire both the works and the stunning gardens of the villa, led by Valérie Pizzera and Mara Amorevoli. The tour will be followed by a performance of La Danza dei Fiori by Japanese school Lailac. (T: 346 4904719 / anotherfirenze@gmail.com) Crumb Gallery (via San Gallo 191) hosts a photographic project by Sélène de Condat titled L’Hôpital des Poupées from February 18 to March 26. A little further afield, sculptures by Igor Mitoraj can be seen on the Belvedere delle Maschere beach in Viareggio until February 17. 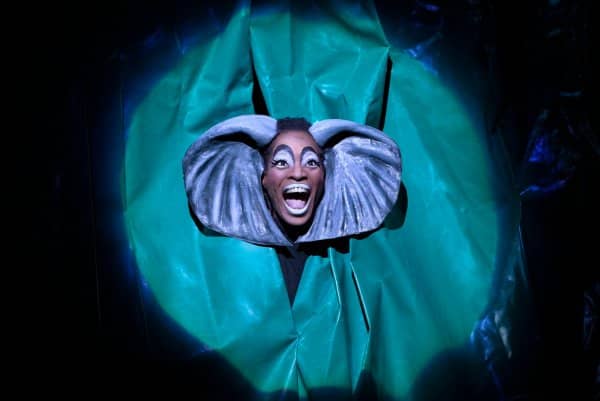 Shows and performances in the city

Teatro Verdi (via Ghibellina 99) is the setting for an awe-inspiring performance for children aged 4-12 by Orchestra della Toscana and MAGDACLAN Circus titled Mozart in Equilibrio on February 5. On the occasion of its 40th anniversary, Frate Francesco’s Forza Venite Gente comes to the stage on February 6, and world-renowned composer and pianist Ludovico Einaudi delights fans on February 7. Composer and cellist Giovanni Sollima follows from February 10-12, serenading audiences with strings. A Divine Comedy musical on February 18 and 20 keeps Dante at the forefront, even after exiting the year of his 700th anniversary. Composer and violinist Lorenza Barrani performs Haydn, and Moderna on February 23. Kodo strikes Japanese drums on February 26 and Jack Savoretti brings his lyrics to the stage on February 28. A.Gi.Mus. Florence hosts free classical concerts at the Ottone Rosai Auditorium (via dell’Arcovata 4/6): February 6 sees the Sheliak Trio, saxophonist Chiara Maria Beatrice Cannavale performs with pianist Francesco Silvestri on February 13, pianist Eriberto Scarlino plays on February 20, and cellist Maria Salvatori on February 27. Amici della Musica form part of the programming at Teatro della Pergola (via della Pergola 12/32) with classical concerts on February 5, 6, 12, 14, 19, 20 and 27. Other shows at the historic theatre include Jungle Book from February 3-6, directed by Robert Wilson and featuring unique music by Cocorosie in the performance based on Rudyard Kipling’s much-loved classic. Mascarade Opera Studio (Palazzo Corsini al Prato) continue their winter series with a harp concerto at 7pm on February 3 with music by Britten, Debussy and Scarlatti performed by Stefania Scapin. 7pm on February 17 sees a Soirée à Paris with Fauré, Debussy and Duparc. Teatro Puccini (via delle Cascine 41) brings Beauty and the Beast to the stage at 4.45pm on February 6, Cinémagique on February 13, Puss in Boots on February 20, and The Pied Piper on February 27. Tuscany Hall (lungarno Moro / www.tuscanyhall.it) shows The Sword in the Rock at 5pm on February 27. Maggio Musicale Fiorentino (piazzale Vittorio Gui 1) continues a rich classical programme with Francesconi and Mahler on February 12, Rachmaninov on February 13, Beethoven, Berg and Bruckner on February 19, and Mahler with Mozart on February 26. 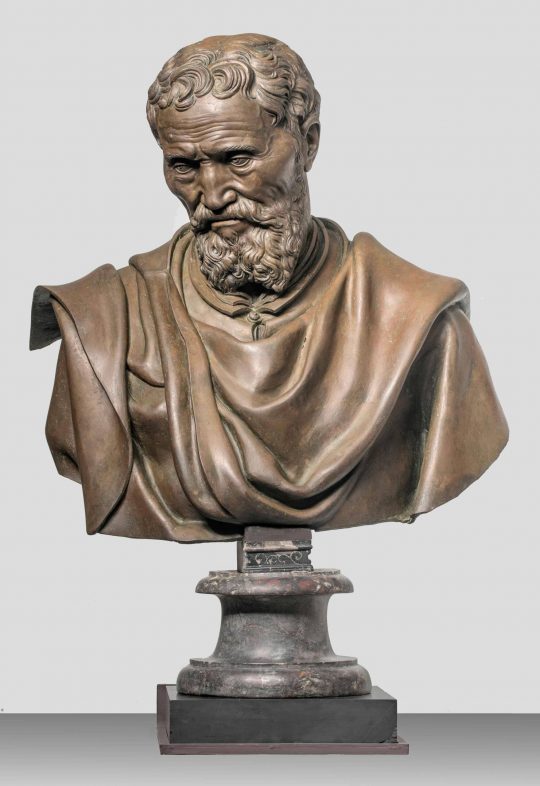 The Bronze Effigy of Michelangelo by Daniele da Volterra

The renowned gallery home to Michelangelo’s David is set to see an exciting new exhibition curated by resident director Cecilie Hollberg. On display for the first time, all the bronze busts of Michelangelo attributed to Daniele da Volterra will be exhibited together, on loan from various international museums, including the Louvre, the Musée Jacquemart-André in Paris and the Ashmolean. The nine works were cast in the mid to late 16th century and their united display serves as an opportunity to compare the art’s aesthetic and technical elements. 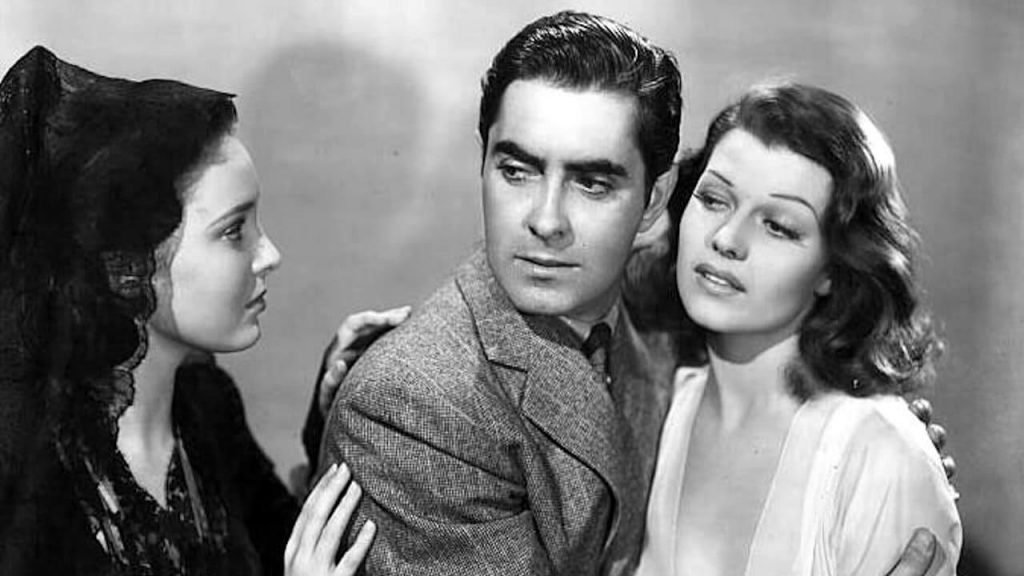 Cinema Odeon Firenze (piazza degli Strozzi) screens Nightmare Alley on February 3 and Thich Nhat Hanh: Gone with the Wind on February 5. The highly anticipated new film directed and starring Kenneth Branagh, Murder on the Nile, comes to the big screen on February 10, with a 1920s dress code for the premiere at 9pm. The film is based on the popular detective novel by Agatha Christie, published in 1937. Branagh takes the role of Belgian detective Hercule Poirot in the story that stars Gal Gadot as Linnet Ridgeway. Original versions with Italian subtitles. Cinema La Compagnia (via Cavour 50) screens an Alfred Hitchcock special from February 1-7, with the best of 20th-century cinema celebrated throughout the month, including screenings with Bette Davis, Ingmar Bergman, Tyrone Power and more. 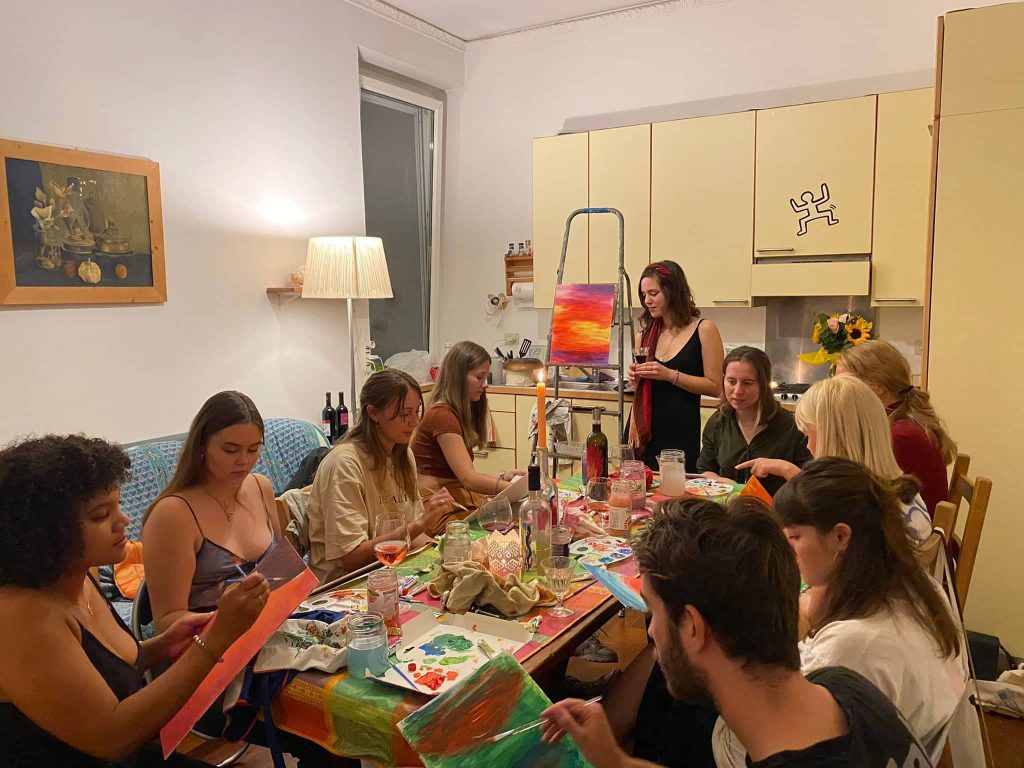 Paola’s Studiolo is an online series by Paola Vojnovic that runs through to March 26, featuring leading scholars, curators and thinkers. This month sees a conversation with Laura Morelli on February 5 that looks at Leonardo da Vinci’s Lady with the Ermine: 500 Years of History and Mystery. February 12 will be with Professor Bruce Edelstein of New York University Florence, who will speak on Eleonora di Toledo and the Creation of the Boboli Gardens. February 19 hosts Ross King on The Accidental Masterpiece, Leonardo and the Painting of The Last Supper, and February 26 is a talk with Katherine Zock, vice-president and director of Friends of the Bargello. Held on Zoom at 7pm.

Cib’aria is a series of cultural evenings to discover new recipes, music and experiences held at Ostello Tasso (via Villani 17) from 6.30-9.30pm. February 8 looks at Albania led by Adriana and February 15 focuses on Iran with Mahnaz leading the way. See @cibariafirenze on Facebook, @cibaria_firenze on Instagram, or email cibarira.fi@gmail.com for reservations and info.

Speakeasy Multilingual host a get together lunch from 1.30pm on February 5 at Fonderia Gastro Bistrot (via della Fonderia 61) costing 15 euro for non-members and 13 euro for Speakeasy members.

La Forma dell’Anima is a show by and in collaboration with several local artists and artisans, including Margherita Pandolfini, Lorenzo Tonda, Julia Wakabayashi, Moton Tian and Enrico Ferrarini, curated by Pierluigi Doro and in collaboration with Chang Bei Wu. Their works will be exhibited from 7pm on February 4 at La Serra MK Textile Atelier at via Salvestrina 1, and from 4pm on February 13 at Avery Perfume Gallery, Borgo Albizi 70r.

Graphic Knits hosts a free Knit Club every Wednesday from 6-9pm at via Guelfa 114 at artist Hailey Hodge’s studio. All languages and levels welcome, with majority speaking Italian or English. Bring a snack or drink, with green pass required. Maximum 20 people, message @artisthaileyhodge to reserve.

The British Institute of Florence (lungarno Guicciardini 9) hosts the Wednesday Lecture Series at 6pm at the Harold Acton Library and via Zoom. February 2 sees Mark Roberts deliver a talk on ‘Dickens in Florence’. February 9 is led by Lisa Kaborycha on ‘The Great Florentine Libraries: The Biblioteca Medicea Laurenziana’. On February 16, Carl Strehlke lectures on ‘Mary and Bernard Berenson Before and After I Tatti’, and Jeremy Boudreau speaks about ‘Rooms with views: Pietro da Cortona’s Frescoes at Palazzo Pitti in Florence’ on February 23. Meet the author of The Widower, Christobel Kent, at 5.30pm on February 22. Music al British continues with a piano concert by Cristian Sandrin at 6.30pm on February 24, ‘The Late Beethoven Trilogy’.