Extending from the sea to the mountains sprinkled with the white marble dust of Carrara, Versilia nourishes the legendary status of Michelangelo and the many other artists who found inspiration in this part of Tuscany. Michelangelo often visited the quarries here to hand pick the marble blocks for his most celebrated works, such as the Prisoners made for the tomb of Pope Julius II. Although not exactly chosen by Michelangelo, who was 26 at the time, even the marble given to him for his David came from the part of Carrara known as Fanti Scritti, nicknamed for the drawings of infants (fanti) that seemed sketched (scritti) on the marble itself. 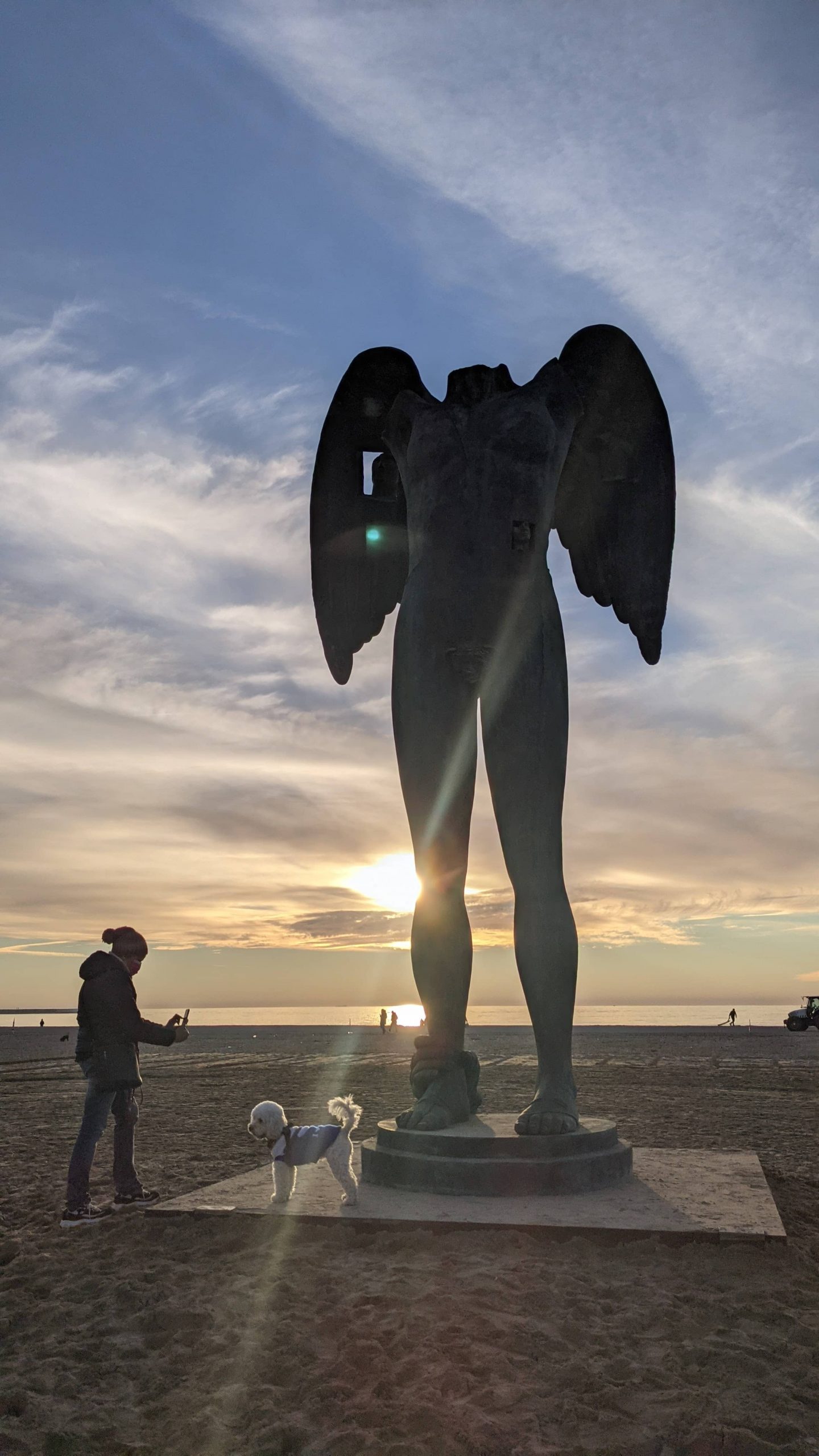 The pull of this special land for artists has never stopped and to this day countless contemporary artists gather in Pietrasanta, the small town bustling with art galleries whose name translates to Holy Rock (or Holy Stone). One of these artists still remains a legend most locals remember well, Igor Mitoraj. Born in Germany in 1944 to a French father and Polish mother, after spending his childhood in Poland and starting his artistic career in Krakow and Paris, followed by travels across Mexico, Mitoraj settled in Pietrasanta, where he created his most notable works. He considered the craftsmen in Carrara as unique artisans in the world.

Mitoraj’s monumental creations in marble and bronze bear a unique, universally recognizable style, which makes him one of the best-known sculptors of our time. Ignited by classical antiquity and inspired by mythology, his male and female heroes are often missing limbs (just as the greatest Greek and Roman artworks often do) and transcend time and space. The artist stated that his aim was never to copy a single work by the Ancient Greeks. Instead what he was searching for was that deep spirituality in regards to the human figure, to the world around it that the ancient art embodies. Not to mention his torsos that even Michelangelo would have stared at with eyes wide open. 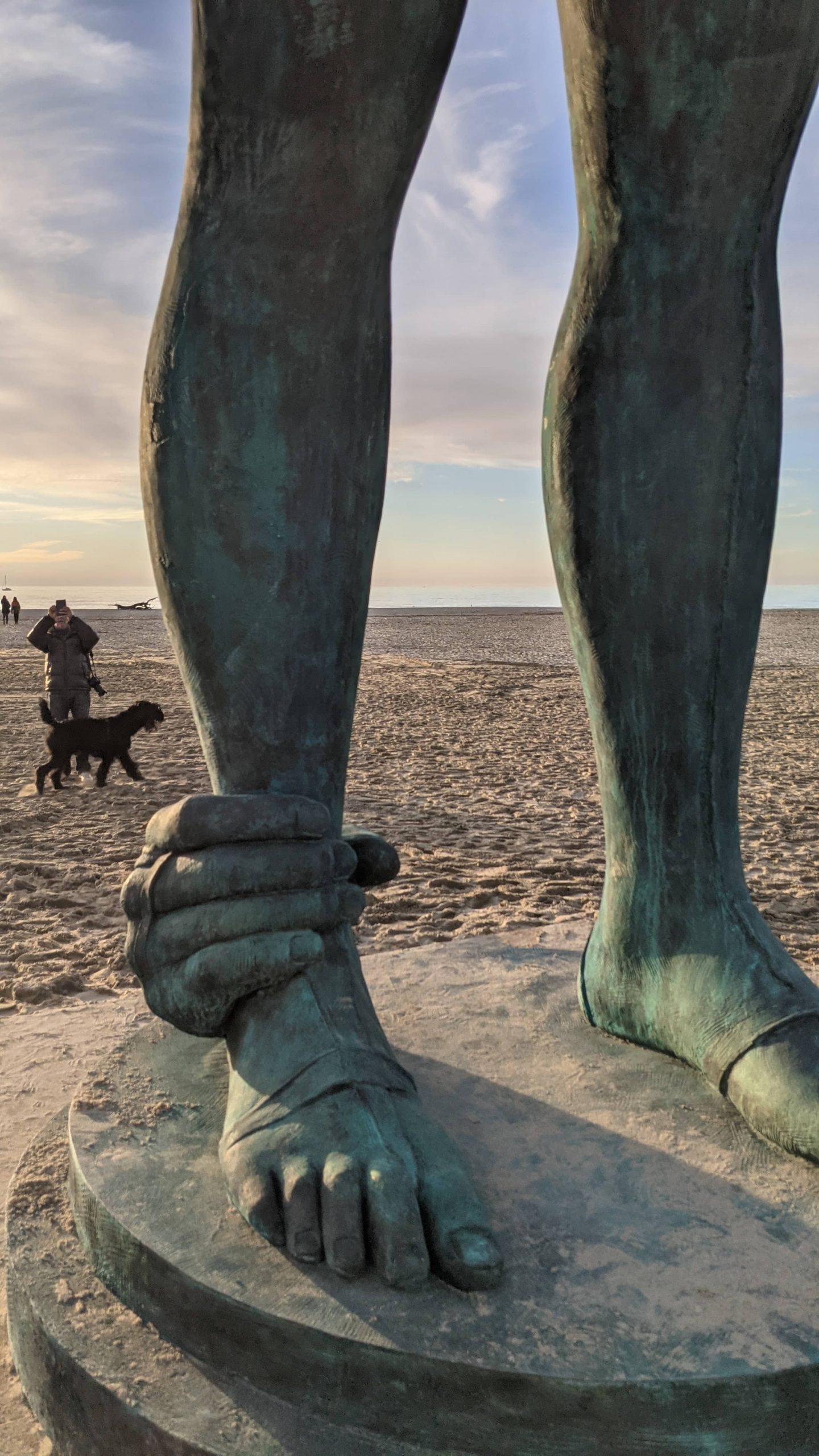 In 1984, Mitoraj started a friendship with the gallerist Stefano Contini, which turned into a creative collaboration that would last until the end of the artist’s life in 2014. Venice-based Contini Art Gallery has always been involved in collaborations throughout Italy, encouraging artistic and cultural dialogue, and continues to promote the work of Mitoraj that remains as relevant today as they were when they were first created. Successful exhibitions were held in the Valley of the Temples in Agrigento, Trajan’s Market in Rome, the Archaeological Area of Pompei and, most recently, at the UNESCO sites of Noto, Sicily’s Baroque gem, where Mitoraj’s monumental creations were paired with a concert by Andrea Bocelli.

During his life, Mitoraj was never hesitant to have his works installed in some of the most beautiful sites from the ancient world, probably because he was well aware that his creations had the power to withstand the comparison and breathe new life. In a tribute to Mitoraj, Contini states that “the artist describes the evolution of society, often anticipates the sufferings and joys of reality, but beauty always pays. Mitoraj, an abstract figurative artist, represents beauty, the beauty that never tires. Therefore, Mitoraj will be an eternal artist… Mitoraj forever.” 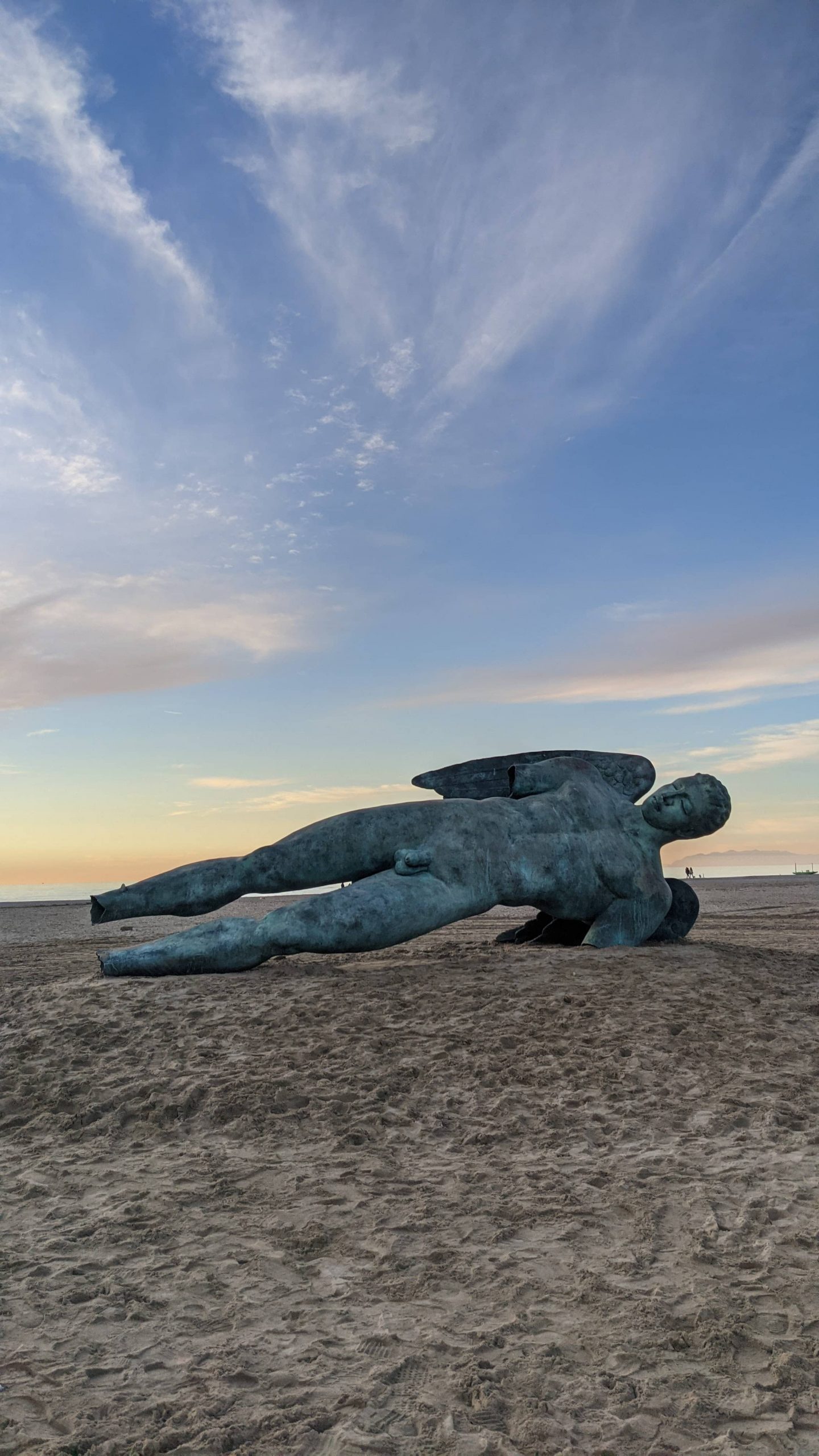 Now the Contini Art Gallery, in a project spearheaded by Riccarda Contini, in collaboration with the Municipality of Viareggio, the Department of Culture and Atelier Mitoraj, is honoring the Versilian period of Mitoraj’s life with the installation of two monumental works, Ikaro Blu and Ikaria Grande on Viareggio’s Belvedere delle Maschere beach. The bronze statues are loosely based on the Greek myth of Daedalus and Icarus, the father and son who used wings to escape the island of Crete. Not heeding his father’s warning of the danger of flying too high, Icarus fell from the sky when the wax that fastened the wings to his body was melted by the heat of the sun. In Viareggio, we find Ikaro Blu with one wing in the sand and his eyes closed, so as not to let us see his disappointment at the fall. Observing people interacting with these colossal yet vulnerable giants, in an intimate dialog in such an unexpected location, becomes an act of beauty in itself.

“Mitoraj on the beach and Enzo Fiore at Gamc are two different beauties, both of great impact, and an important collaboration with the Contini Gallery, which will support the city in its candidacy to become the Italian Capital of Culture,” observes Mayor of Viareggio, Giorgio Del Ghingaro. “For Mitoraj, the location on the beach is reminiscent of classic suggestions of myth by the sea. Ikaro Blu and Ikaria Grande will remain on the shore of the Belvedere delle Maschere for over a month: they can be seen and photographed with all the beauty of the sea and the winter sunsets that only Viareggio can offer.” 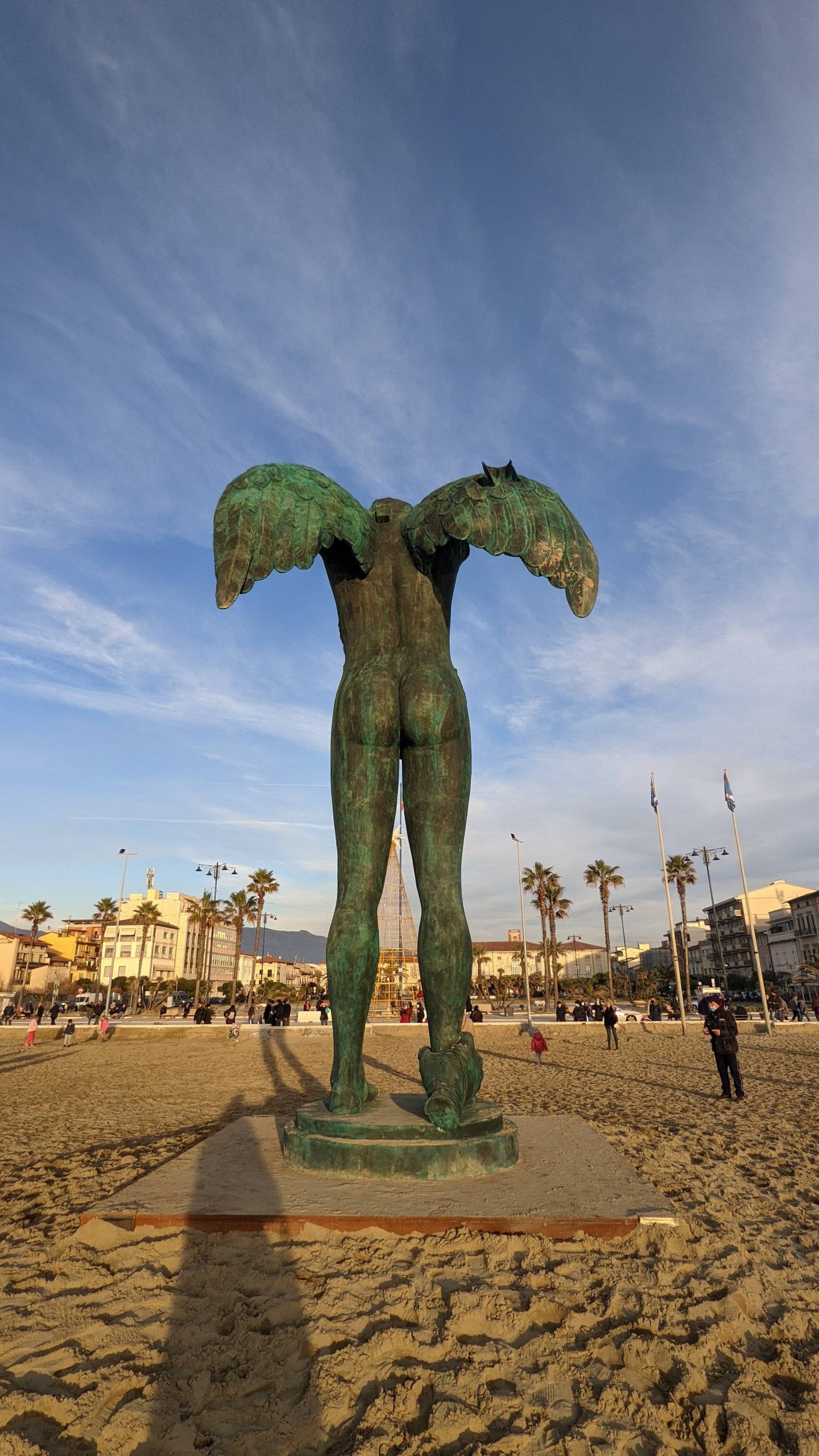 It’s fascinating that every person who met Mitoraj, regardless of their age, remarks that he was a handsome man. Along these lines are the words of Stefano Contini, who describes Mitoraj as “one of the finest men nature ever gave us, beautiful inside and out. Many of his sculptures bear his own likeness, his gentleness… He might have passed his life representing himself.”

The two statues on the shores of Viareggio could represent each one of us. Living in these unpredictable times, we might have broken limbs and earthly worries weighing on our ankles, but at the same time, we have the wings to soar above. Even if those wings have a hole or two.

Curiously, even the artist’s last name carries a key that helps us to understand what he was sent to do in this earthly realm. In Polish, mit stands for myth, and raj is paradise. With his creations, Mitoraj gave us a glimpse of paradise. What a gift that the paradise now has a sandy landscape and includes Viareggio’s sunsets.

The installation will continue on the Belvedere delle Maschere beach, off piazza Mazzini, until February 17, 2022. 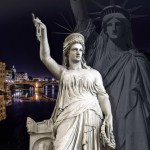 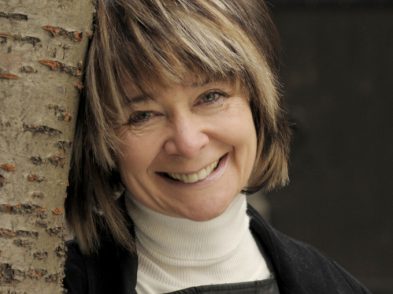 A chat with Sarah Dunant

Bestselling author Sarah Dunant has written 12 novels and worked for the BBC, presenting The Late Show as well as the historical podcast When Greeks Flew Kites. Set in the ... 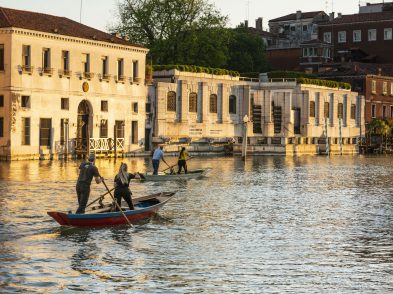 It is early morning and the cleaning lady is singing in a serious soprano as she sweeps the terrazzo alla veneziana floors. The rooms are flooded with riverbero, the reflection ... 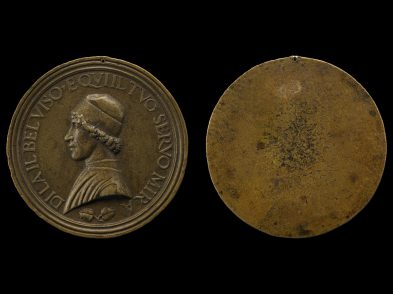 There are few artifacts as fascinating as the Renaissance portrait medal, an intimate object meant to be held in the hand and studied up close.     Portrait medals appeared ...