In an interview a few years ago Jeff Koons insisted that “I’ve made what The Beatles would have made if they had made sculpture”. While that claim will not help us understand The Beatles, it does much to explain Koons. As the major exhibition of his sculpture and painting at Palazzo Strozzi shows, he is the visual art world’s King of Pop. Considered by many observers to be the natural successor to Andy Warhol, Koons is the inspiration for Damien Hirst. Unlike The Beatles, Koons’ art relies on few tunes. But is there more to it than meets the eye? 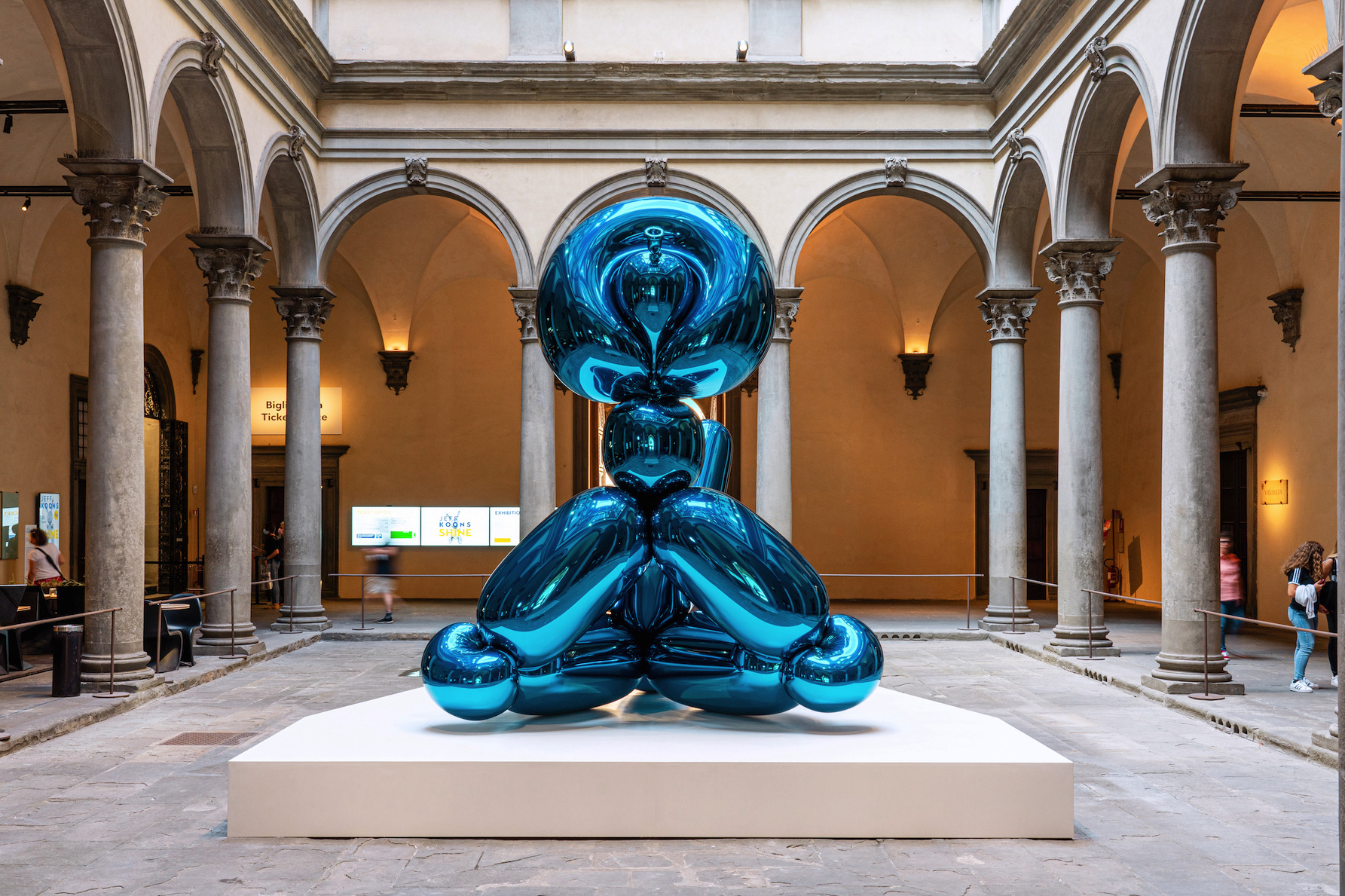 Like Andy Warhol, Jeff Koons appropriates consumer culture. Early in his career, he created Nelson Automatic Cooker/Deep Fryer (1979) as part of a body of work called “The New” featuring real household appliances. Art was then emerging from the dominance of austere abstraction. Koons and his peers revelled in imagery, so he bought “readymades” in stores in the manner of Marcel Duchamp. He boxed chrome and plastic gizmos in clear plastic or fixed them to the wall with fluorescent tube lights behind, as if they were the modern equivalents of the pictures that once decorated our homes. Moreover, they resemble shrines, but to deities of consumerism worshipped by American bourgeois families.

Koons elevates the ordinary objects of everyday life to a status approaching (again, in his words) the spiritual. No wonder, some vehemently argue, he is the patron saint of banality. The defining emblem of his art is Rabbit (1986). Modelled on an inflatable toy, sized up and cast in highly polished stainless steel, the bunny becomes permanently desirable. The original plastic would soon sag and deflate, needing regular resuscitation. Eventually, we would tire. Its metal doppelganger never flags, ensuring constant pleasure with no strain. Except, perhaps, on the bank account. A version of The Balloon Dog (Red) (1994-2000) standing pretty and alert on a plinth in this show, traded owners at auction in 2013 for a shade over US$54m, a record figure for a living artist. Such sums are not unusual for works by Koons and his principal collectors are, not surprisingly, plutocrats. In addition, a sculpture is now seldom unique, but repeated three or five times in a limited edition. All of which colours Koons’ reputation as brightly as his sculptures and paintings.

The work is costly to make, a process he now entrusts to a busy New York studio. Over 100 assistants interpret his ideas, although until 1991 he made everything himself, along with the shopping and overseeing fabrication. These days he can sell a concept before the object exists and even before he has worked out how to make it. (Koons was famously a commodities broker in his twenties.) His marketing is slick and orientated towards a market eager to buy. So it surprises no one that this one-man brand splits opinion. The outspoken and celebrated Australia-born art critic Robert Hughes described Koons as having “the slimy assurance, the gross patter about transcendence through art, of a blow-dried Baptist selling swamp acres in Florida…”

“For me,” Koons insists, “art has never been about money… I was never attracted by the pursuit of luxury, but rather the idea of false luxury.” And, in a way, that is the premise this exhibition investigates. It is not a traditional retrospective that covers every aspect of Koons’ prodigious production over more than 40 years. The Strozzi does not have the space and a show of that type took place at the Guggenheim in New York and Bilbao in 2015.

Instead Shine, as this show is subtitled, concentrates on Koons’ fascination with surface and the lustrous properties of reflective “depthlessness” that his impeccable forms with hollow interiors exemplify. As a result, some highlights of this artist’s glittering career are missing. One is the life-sized rendition of Michael Jackson and pet chimpanzee Bubbles. Koons hired a ceramicist from northern Italy to craft the pair in white and gold porcelain. Another is the Made in Heaven series that captured attention at the 1990 Venice Biennale with poster-like, saccharine-sweet depictions on a massive scale of Koons making love to his future wife “Cicciolina”, the porn-star politician Ilona Staller.

But those absences do not impede the extraordinary visual experience of the show. Fairground fun is guaranteed in the distorted optics of curvaceous surfaces that generate mirror images in queasy shades of blue, red, magenta and gold. Indeed, greeting visitors in the Strozzi’s courtyard is the six metre-long Balloon Monkey (Blue) (2006-13). It sparkles with the showroom-fresh sheen of a new automobile; its flawless transparent coating throws back an image of our world in which the viewer occupies centre stage.

Koons’ fascination with inflatables, he says, derives from their anthropomorphic associations. Creatures fill the galleries: an elephant, a lobster and a bluebird that is also a planter. There are figures, too, from copies of antique statues in plaster to a big, bronze Incredible Hulk. Among the best pieces on show is an ascendant polychrome Dolphin (2002) hung by long yellow chains from the ceiling with a cradle of steel saucepans beneath it. Its sculptural credentials are unimpeachable.

What do they signify? Koons maintains that we distinguish ourselves from objects by breathing. As repositories of breath, his sculptures might then relate to our precarious existence. We yearn for eternity, but our last breath symbolises death. Hard as it is to regard Rabbit, glamorous and erotic in spite of its kitsch origins, as the embodiment of the dichotomy of preservation and mortality, the possibility of revelation cannot be discounted. Likewise, Balloon Dog is an unlikely memento mori, whatever the price tag. But mirrors recur throughout art history as visual metaphors of vanity and Koons respects that heritage. Radiance is another potent symbol, imbedded in classical antiquity as much as in Christian iconography.

It is easy to dismiss Koons as the ultimate crowd puller, the P.T. Barnum of the art circus. Theatrical spectacle and tacky religious bling blend admirably with vital lessons about the values of our time. These might often exist beneath a veneer of seductive baloney, but they are still present and worth considering. In fact, Jeff Koons ably reflects the zeitgeist in his work, a state of suspension in which we all seem to live, culturally and morally, at rest between life and death. In 1985, he found an image that he has never bettered: a Spalding basketball hovering in a glass tank filled with water that he named One Ball Total Equilibrium Tank. Audiences are mesmerised by its uncanny, magical stillness that, at the same time, resonates with references to sport, science and the media world. Damien Hirst, who later suspended a shark in a much bigger tank, is a fan.

Koons’ art remains for the taking and the debunking. But it highlights our basic instincts. Are we bold enough to reflect on them?

Martin Holman is a British writer and former Florence resident who often returns to Italy. He is a regular contributor to Art Monthly and the Burlington Magazine. 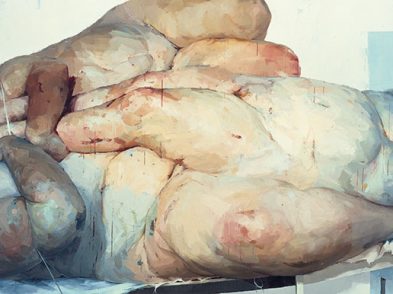 Painting on a monumental scale, says the British artist Jenny Saville, “has always felt right for me”. Visiting museums as a child and student, she saw that the great painters ... 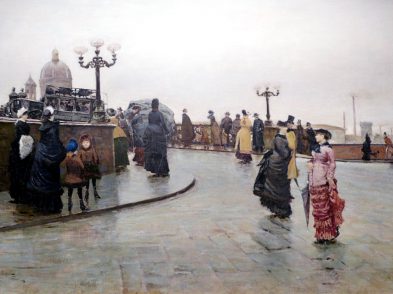 The father and son who left their mark

Florence is famous as an epicentre of artistic revolution and the Renaissance is justifiably the best known. Even in the last century, the city contributed a cultural tremor when the ... 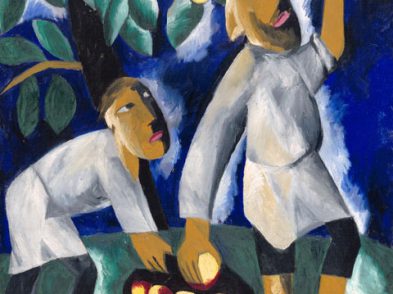 “This woman drags the whole of Moscow and the whole of St Petersburg behind her; they don’t just imitate her work, they imitate even her personality.” Praise of that stature ...