Note it in your diary today so you won’t miss this unique upcoming event. From September 16 to 19, the 27th edition of the Artigianato e Palazzo exhibition will be held at the Corsini palace in Florence. This is an important annual occasion in Florence’s calendar. “The new concept of our exhibition,” explained Sabina Corsini, president of the Associazione Giardino Corsini, and Neri Torrigiani, creator and organiser of the event, “stems from the need to offer our visitors a location to remind them how, over time, craftsmen and their workshops thrived around the Palazzo, a place which became a showcase and a training ground for experimentation.” About 80 artisans will show their crafts in a new setup that winds between the palazzo, garden and the lemon houses, including private rooms on the ground floor that have never before been accessible to the public. 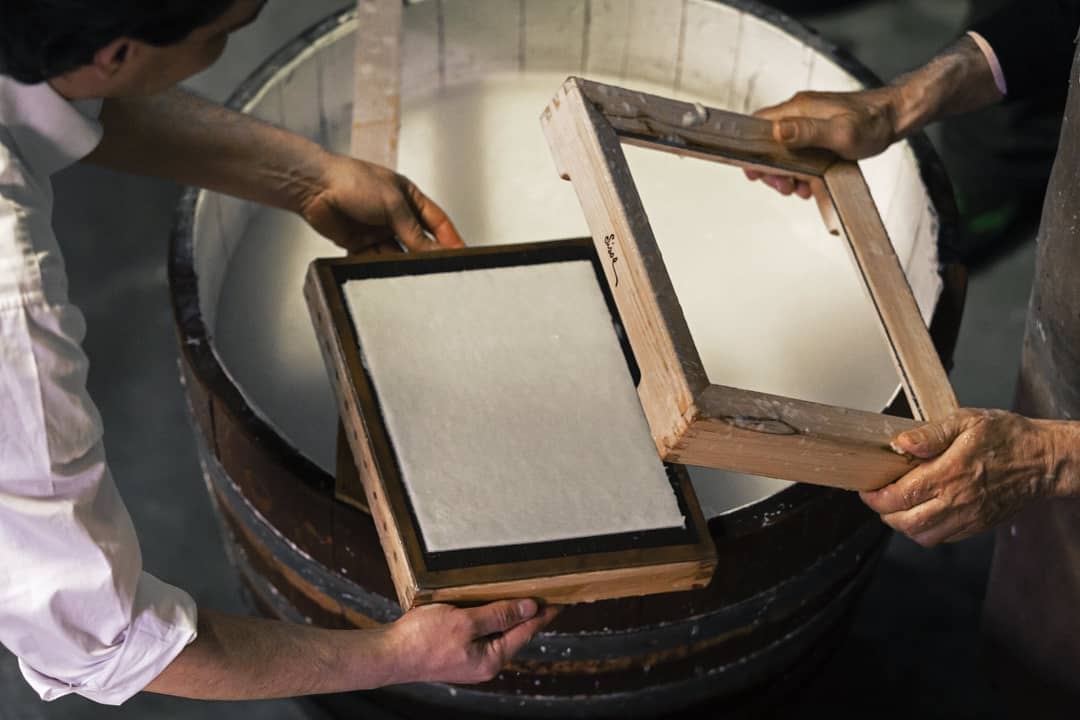 A stroll around the main exhibition in the ballroom is set to be the highlight of the four-day event. Enrico Magnani Pescia. The Art of Handmade Paper since 1481 will display selected historical watermarked paper moulds usually kept at the Paper Museum in Pescia, as well as important archival documents from the collection of 7,000 pieces dating to the 15th century, including the deckle for the paper created by Magnani in 1812, which features portraits of Napoleon Bonaparte and Marie Louise, Duchess of Parma, for the couple’s wedding celebrations.

Life at the paper mill will be recreated in a special section, where visitors can witness the different manufacturing phases by observing a master papermaker while he makes the paper by hand, watching a watermarker at work and by discovering the technique of sewing a watermark onto the paper mould, using a special sewing machine. Lastly, a calligrapher will give handwriting demonstrations and the Accademia Italiana Galateo (Italian Academy of Etiquette) will present Mail Etiquette, created in collaboration with Magnani. 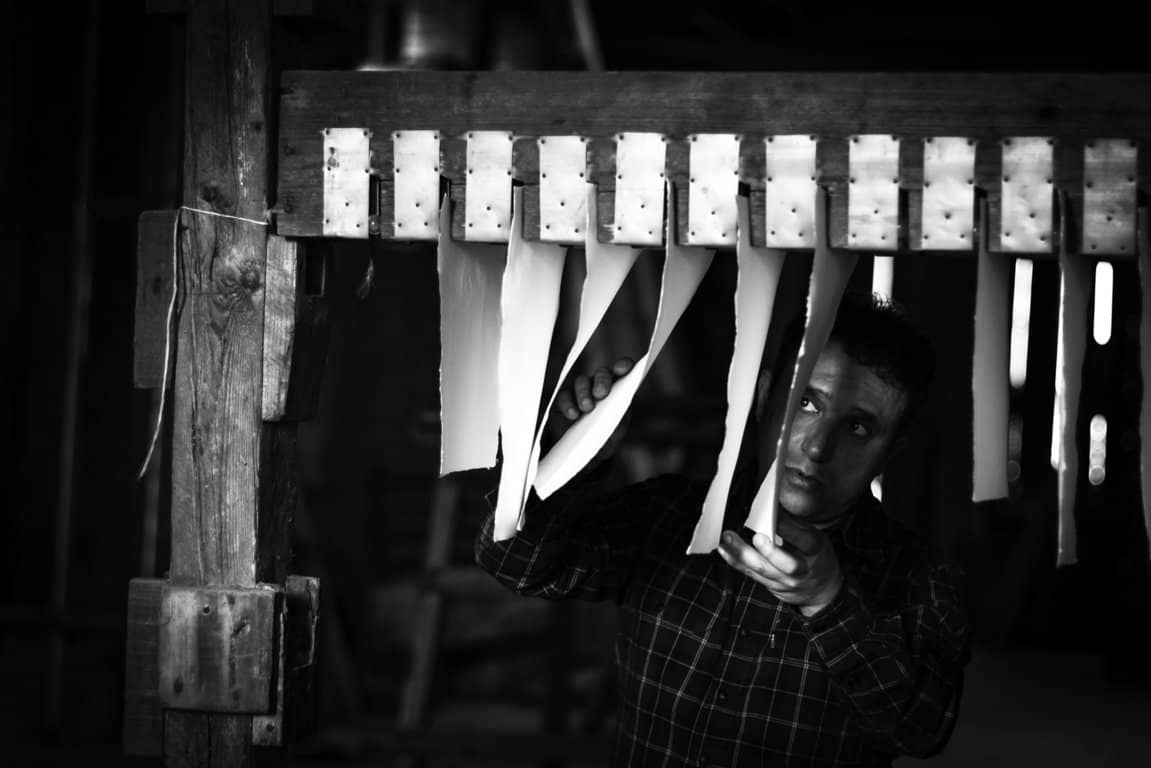 The Magnani family had been in Emilia since the 1200s and through successive migrations moved first to Liguria and then to Tuscany. They finally settled in Pescia, where the family began creating fine paper, establishing itself on world markets. Leading museums around the world house examples of Magnani paper, such as letters by the Shelley brothers and Lord Byron, the Indian religious text Bhagavata Purana, a collection of drawings and prints made in Iran under the Qajar Dynasty, and a large number of late 18th- and early 19th-century works, now at the Castello Sforzesco’s Cabinet of Drawings in Milan, as well as the documents of Giacomo Leopardi preserved in the poet’s birthplace. Musicians like Giacomo Puccini, writers such as Gabriele D’Annunzio and artists including Pablo Picasso and Pietro Annigoni, together with many others, used personalised watermarked Magnani paper. Many countries’ mints followed suit to print their paper currencies and the securities industry adopted the paper to print stocks, shares, bonds and bills. Famous names in the food, banking, insurance, automotive, transport, energy, petrochemical and metallurgical industries and even in the fashion sector were also Magnani’s customers.

During a recent visit to the Paper Museum, director Massimiliano Bini explained that the mill was historically “an encapsulated society” where the workers lived and laboured. The mill, originally known as Mugnani and later as Le Carte, covered a vast 3,200 metres, where the owners also provided spaces for the mill workers and their families to live. In 2005, the Carrara family, related to the Magnanis, bought the 18th-century paper mill, which had been closed since 1992, and donated it to the Associazione Museo della Carta di Pescia ETS. Over the centuries, fathers had passed on skills to their sons, some of whom had begun their seven-year apprenticeships at just six years old. Marriages between the resident families were frequent, with the women and girls doing specific jobs, like hanging the sheets of paper out in the sun and wind to dry or sewing on the filigree watermarks. Secrecy about the procedures used in the mill was paramount and signs warned workers that they would be dismissed instantly and prosecuted should they violate this iron-clad rule. The organisation within the mill was pyramidal. The mill owner was at its apex. Under him came the mill minister, who knew every step of the papermaking process and supervised those beneath him, who were responsible for each individual stage, such as the couchers, who pressed the newly made pieces of paper onto felt. Lastly came the student workers. 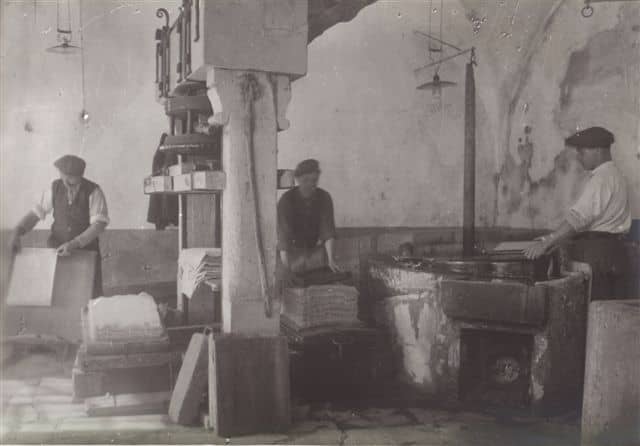 A sheet of exclusively handmade Enrico Magnani Pescia paper from certified American cotton takes four days to complete through operations that involve no environmental impact. One of the key elements in its quality lies in the abundance and absence of impurities in the water from the Pescia river. The name Pescia is said to originate from the Lombard word for water. Today, the aim of the Magnani Pescia Social Entrepreneurship, born in 2020 in collaboration with the non-profit Associazione Museo della Carta di Pescia Onlus, is to preserve and harness the experience of now-retired master papermakers, watermarkers and stitchers to train young people keen to learn the secrets of making paper by hand. The idea is to safeguard and pass on the skills and expertise to these new generations. Otherwise, this invaluable heritage risks being lost forever.

For further information about the Artigianato e Palazzo exhibition at Palazzo Corsini in Florence from September 16 to 19, see here.

Learn about about the Paper Museum of Pescia here. 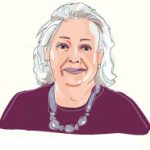 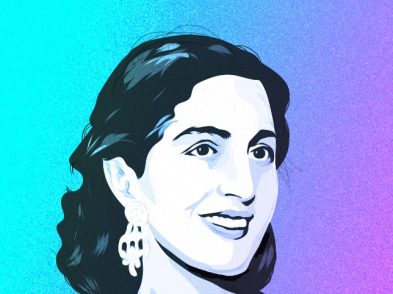 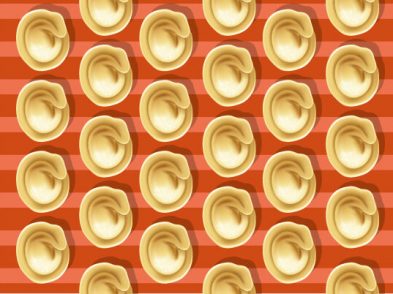 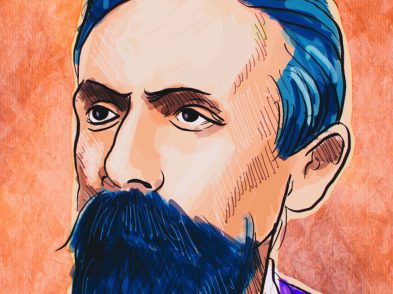