In 1924, just after being married, Antonio and Iris Origo purchased a rundown 15th-century villa named La Foce on the via Francigena in Val d’Orcia. Restoring the property became their life’s work. They employed 25 farmer families to develop the land and built some 35 homes for them on the vast acreage. They began a school to ensure the wellbeing of local children and they hired the English architect Cecil Pinsent to create his last great garden.

At the time, Iris Origo was a young writer who was the daughter of William Bayard Cutting Jr., a US Secretary to the Embassy of the Court of St. James’s, and Lady Sybil Cuffe, the daughter of Lord Desart, an Irish peer. When Iris was a child, her father died from tuberculosis. One of his last wishes was that his daughter be brought up in a place where she wouldn’t have natural privilege, so that she would always be humbly curious about the world around her, and her mother made that place Tuscany. Iris married Antonio Origo, son of Italian painter Clemente Origo, and their life at La Foce began.

With a keen eye for detail and a poet’s hand, Iris wrote about her Italian interests and experiences. Her first critical and popular success was War in Val d’Orcia, an intimate memoir of the harrowing Second World War and how it affected every aspect of life in the valley. Iris and Antonio defied Italy’s Fascist regime and sheltered many refugee children as well as escaped Allied prisoners of war. They also hid partisans, risking their own lives under Nazi occupation. The Origos had three children, their young son losing his life to meningitis at age seven, thereafter they had two daughters, Benedetta and Donata, in whose hands the glorious La Foce still remains. 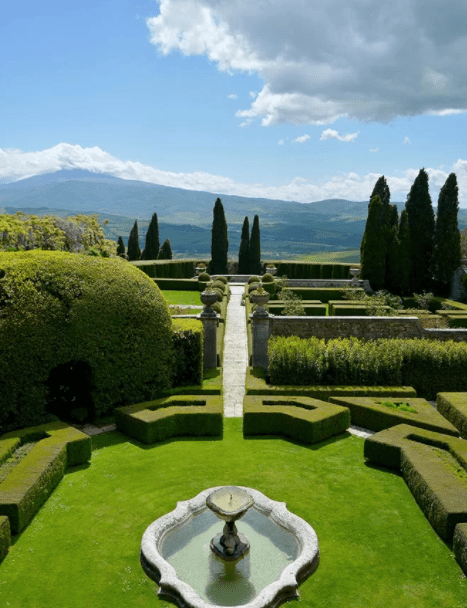 In the ensuing years, Benedetta married a renowned Argentinian violinist of Ukrainian descent with a Paganini-like mastery of his violin. They had children, among them a cellist, who had gained international status and some 33 years ago created Incontri in Terra di Siena, the world-class music festival that takes place in and around his grandparents’ home of La Foce. The cellist remembers driving around the valley with his grandmother being touched by her love of the beauty, the nature, the land and the breathtaking sunsets.

In the summer of 2016 upon completing a musical performance at the Wallis Annenberg Theatre in Beverly Hills, I made my way from the auditorium into the lobby. The crowds had dispersed, but a man was waiting for me. He was a head taller than I, very youngish and princely looking. A Hollywood star, I thought. After a few generous comments on the performance, he introduced himself as “Cellist Antonio Lysy”.

I remembered the name from some years before when I was at McGill University’s School of Music in Montreal. Antonio had studied with his father, the famous violinist, and subsequently began cello studies at the Menuhin School. On my way out of music school, I had heard that this “Prince of Music”, a young Antonio Lysy, was coming to teach. At the time, I knew nothing more than this Antonio was a 25-year-old cello firebrand. I knew he had Italian roots, but not much more. Being both in Los Angeles, we promised to stay in touch, but “after,” he said, “I return from a musical festival in Tuscany”. 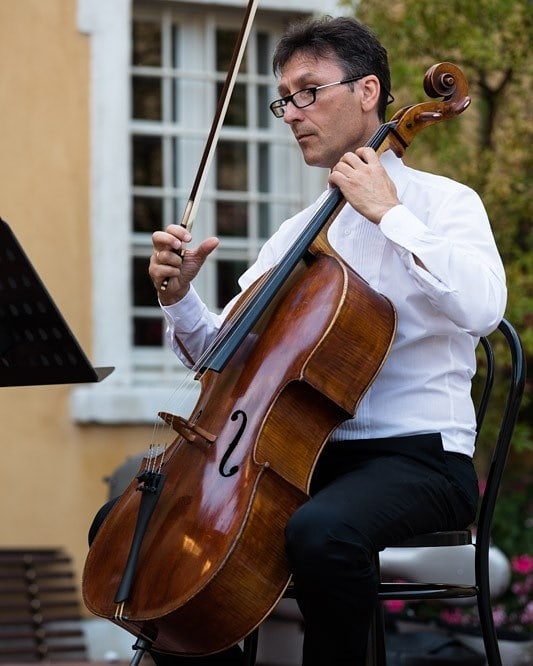 A year later, I made my permanent residence in Florence and invited Antonio and his beautiful violinist wife, Margaret, over for dinner. We shared stories. Antonio pulled out his cello and we made music. Then he extended an invitation to his music festival: Incontri in Terra di Siena. I started to put the pieces together. My acquaintance from Los Angeles is an heir to La Foce, the son of Alberto Lysy, the Paganini-like violinist, and the grandson of author Iris Origo and her husband Antonio, after whom he is named.

I learned that the festival emerged from Antonio playing some Bach alone, on the steps of an abandoned castle’s cortile, a place that he frequented with his mother many years before. Together they were able to imagine their family’s heirloom resonating with the sounds of his friends’ world-renowned musical magic, and so began years of bringing great artists to southern Tuscany to create music in an historic location. The locals would come to enjoy it. The public would come from far and wide. It was clear that Iris and Antonio Origo had cultured the landscape for their progeny to carry on sharing the love of beauty and warmth as they had done themselves.

After seasons of Antonio’s artistic directorship, with a desire to expand, Antonio brought on new artistic directors, the great pianists Pascal Rogé and Kathryn Stott. Several years ago, he met the Italian pianist Alessio Bax at Los Angeles’ Disney Hall. An invitation to be the new artistic director of Incontri followed, along with contributions from Alessio’s wife, pianist Lucille Chung. Alessio shares his current vision for the festival: programming music that people love as well as programming lesser-known music by well-known composers, a passion of his. He speaks of balancing the artistic with the unusual. But above all, he talks with humility and awe about the great artists he is able to bring to historic La Foce. 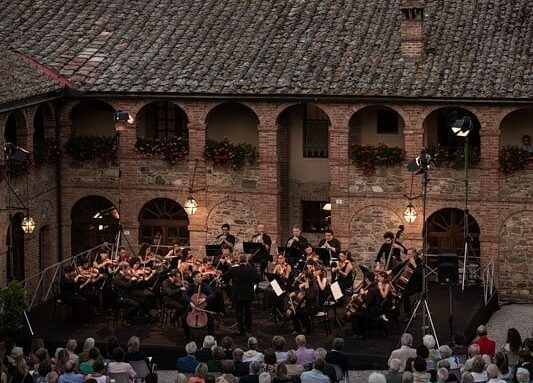 This year, the artists and music range from Mozart to Debussy, Haydn to Brahms, Rachmaninoff, Respighi, Shostakovich and Dvorak, played by 14 different musicians including flautist Emmanuel Pahud, violinist Francesca Dego and pianist Vadym Kholodenko, among other international soloists. There is also something new and wonderful for Incontri as a slice of the Val d’Orcia is brought to Florence’s Teatro Verdi on Friday, July 23 at 6:30pm, a perfect time to enjoy music and a post-concert Florentine stroll and dinner. On the Florentine program will be the Mendelssohn E minor violin concerto, Tchaikovsky’s Variations on a Rococo Theme in an arrangement for Flugelhorn, and finally Tchaikovsky’s beloved Bb minor piano concerto, all under the direction of Andrew Litton, an internationally renowned conductor known for his sterling renditions of many works, in particular his conducting and playing of Gershwin’s ‘Rhapsody in Blue’. 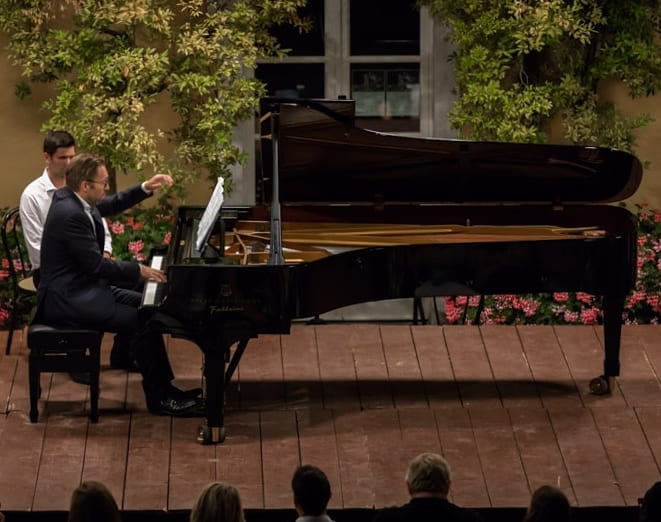 Antonio explains the other programming at La Foce, the Oltre La Musica program, where artists and artisans speak of various aspects of creating art, food, winemaking and more in pre-performance gatherings. This year features talks on string instrument making and producing musical films and concerts in Tuscany. One could say it’s an embarrassment of riches, but there is nothing embarrassing about it. It’s simply glorious thanks in no small part to the successful juggling act of the festival manager Nicky Swallow, a former violist herself.

Incontri in Terra di Siena is a part of the continuum that Iris and Antonio Origo began creating in 1924. They brought a centuries-old villa and its grounds back to life. Today, the story continues at La Foce, where nature, camaraderie and beauty come together as a testament to generational continuity and art continues to thrive as a testament to a vision of musical togetherness of family and friends. 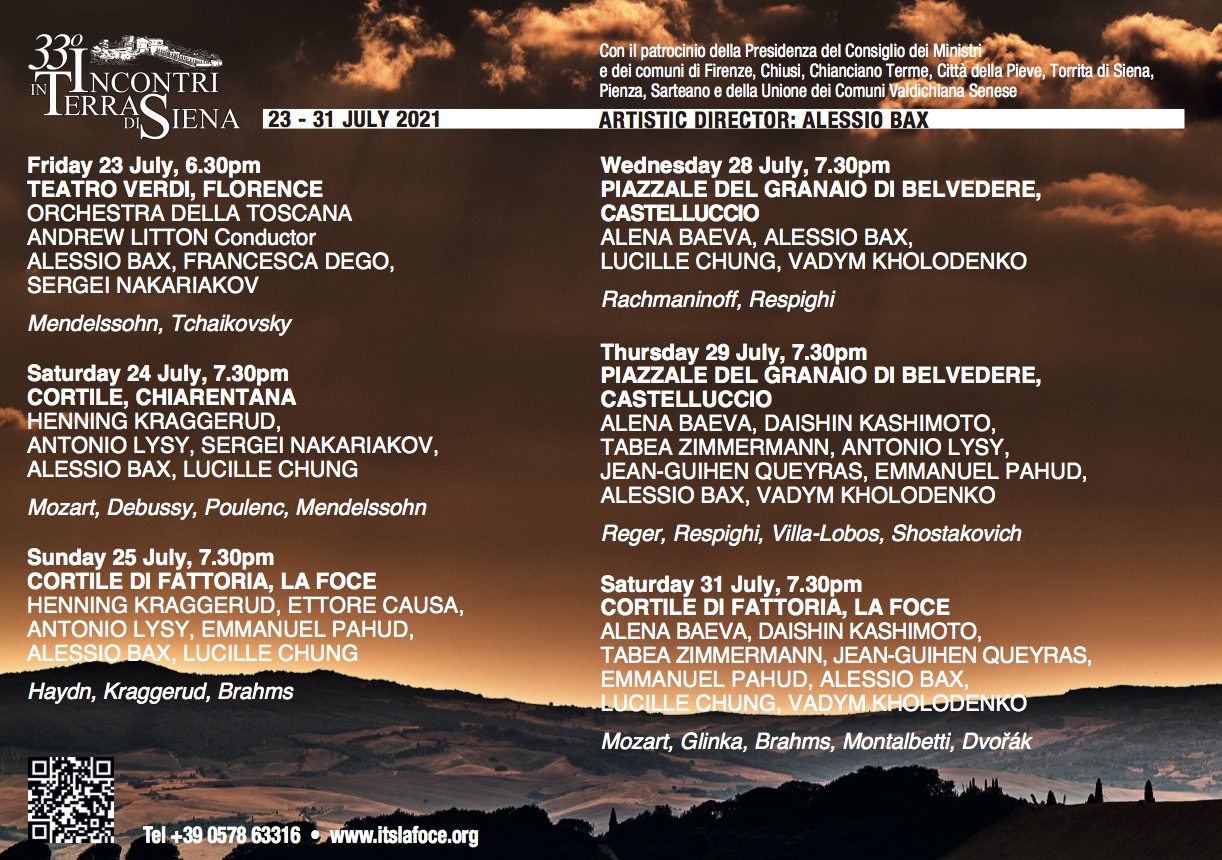 Find out more about the Incontri di Terre di Siena. 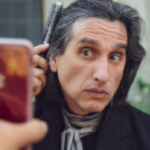 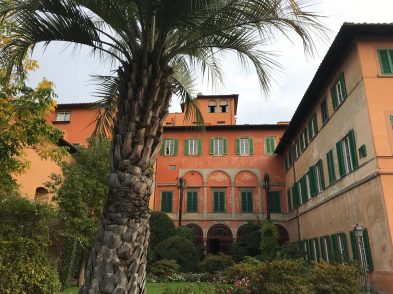 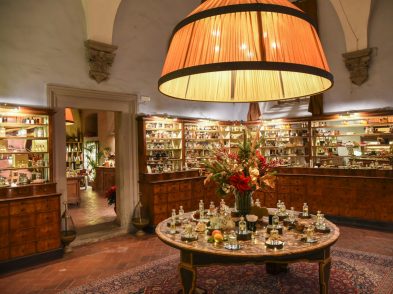 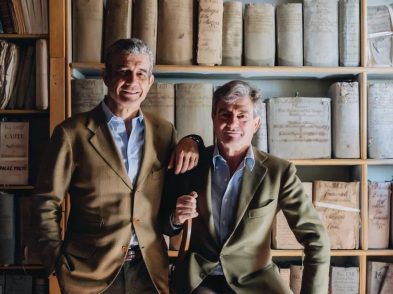