Too cool for school

One peek at the fall programming at Florence’s study abroad programs and you’ll wonder why you ever bothered graduating. If ‘school-sponsored event’ conjures up images of stuffy lectures and poorly attended plays, shift your thinking: the study-abroad scene is more eclectic than

One peek at the fall programming at Florence’s study abroad programs and you’ll wonder why you ever bothered graduating. If ‘school-sponsored event’ conjures up images of stuffy lectures and poorly attended plays, shift your thinking: the study-abroad scene is more eclectic than ever, and plenty of the season’s highlights are open to the public. Say it with us: school is cool.

Syracuse and Stanford are no strangers to hosting lectures. Both schools frequently open their doors for public dialogues and presentations. But two talks on the calendars this season look edgier than your average classroom conference: on October 6 at 6.20pm at Syracuse, Debora Moretti will discuss Wicca and Asatru, two commonly misunderstood faith traditions that tend to be hot topics around Halloween. Fast forward to November 18: Stanford will cater to the sartorial set, hosting a top-secret mystery guest from the fashion industry at its Incontri a Palazzo series.

Students at the Lorenzo de’ Medici Institute always stay in the loop on Florence’s latest and greatest thanks to LDM News, the school’s made-to-measure online news channel, with three upbeat videos published every week. Keep your finger on the city’s events pulse this fall with LDM’s pitch-perfect snapshots of student life and local must-sees.

Florence University of the Arts boasts a student-run hotspot in the Sant’Ambrogio neighborhood. Vintage fiends will be familiar with FLY, the Borgo Pinti shop and showroom managed by FUA’s fashion students. FLY is a platform for emerging designers, but it’s also a haven for haute hand-me-downs and the odd super-luxe score. Creative in-store events always attract a fashionable folla: next on the calendar is a Richard Avedon-inspired Black & White Night from 6–9pm on October 6, which will feature an aperitivo and flash sale.

You’re likely familiar with NYU’s La Pietra Dialogues, which continue throughout the fall and winter. But even movie buffs might have missed the memo about Italian Identities as Told Through Cinema, a fascinating and free film festival featuring varied genres of Italian movies and spotlighting industry speakers. Organized seasonally by NYU and Stanford, the next round will take place at Spazio Alfieri on October 4–6, and includes a round-table on food in Italian film, featuring several high-profile guests.

If the scope of study abroad is to look closely at other ways of living, Oxfam’s student interns are leading the pack. Students at Syracuse, Fairfield and various other institutions regularly work with Oxfam, organizing conversation-starting events like their Hunger Banquets, which confront inequality head-on in an experiential learning exercise. Syracuse will host one on November 17: this time, it’s open to students only, but look for future events jointly organized by Oxfam and local schools.

Art school Santa Reparata stays ever on the cutting edge, hosting the contemporary workshop Invisible Borders. Students will be asked to reflect on struggles rooted in boundaries, be they cultural, political or personal. Participants will lean on a range of artistic languages, from performance and video to painting, sculpture and dance. Symbolic, philosophical and provocative, the Invisible Borders workshop will then evolve into a public exhibition, opening November 4 in SRISA’s via San Gallo gallery.

Mary Gray is a freelance writer, reporter, and the former events editor of The Florentine. Her writing has appeared in The Washington Post, Forbes Travel Guide, Time Out and Dream of Italy, and she teaches travel writing and fashion media for university programs in Florence. Her M.A. is in Italian from Middlebury and her straniera stripes are from the school of life. 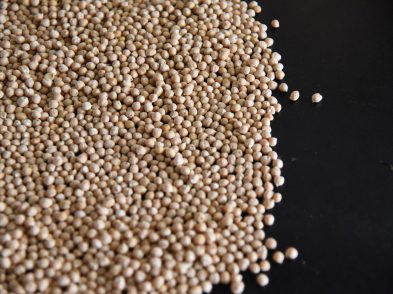 Poem: If you give a girl a chickpea

If you give a girl a chickpea when she’s barely boiled an egg, do not be quick to doubt her, for you’ve gone and upped her leg.     Sorana ... 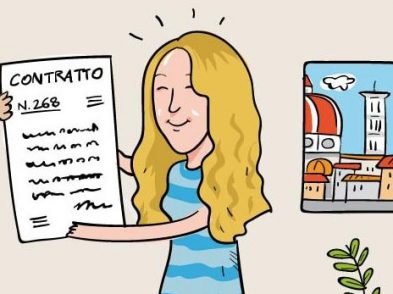 “I’m going to have to zoom in on your face and on the food, Mary,” said my cameraman colleague during a recent filming session in my kitchen. We were shooting ...

I was three Negronis deep with my friend Valentina recently when the conversation took a familiar turn. You know the one: discussing the merits and drawbacks of the day-to-day in ... 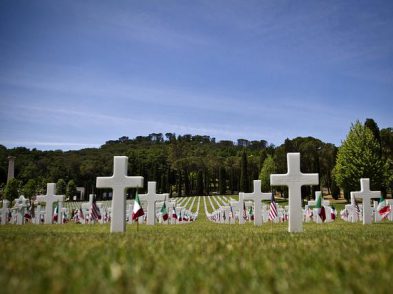 The U.S. Consulate in Florence was established exactly 300 years after the death of Leonardo. 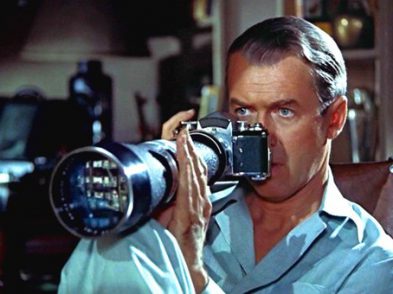 My mother calls something a “Rear Window experience” when it fails to live up to great expectations (“I’m excited to take you to this restaurant. Sure hope it’s not a ... 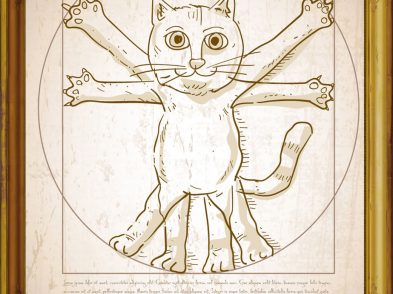 Gattaro—“cat man”—was not among the many titles Leonardo collected during his one (known) lifetime. Had he stuck around for nine of them, however, his affinity for felines might be better ...